That title may be a bit of a lie. A very small lie. However, unlike the claims of one Ben Cousins, I do not dislike free-to-play games out of sense of snobbery or fear. Well, I do have a slight fear that the general quality of AAA games will go down as companies attempt to chase ever more dollars by incorporating F2P mechanics into full priced games. Day one DLC is bad enough, but microtransactions and grinding in a $60 game is just plain insulting. 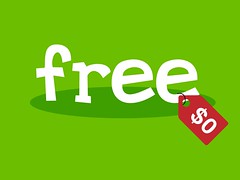 But when it comes to F2P games themselves, in general I have no ill will towards them, but I will always see it as less value than a normal game. I would rather pay $10 to get Bejeweled then play Candy Crush Saga and have to do clock trickery to fool the game into giving me more lives sooner. I don’t like the idea of a game having no stopping point in the amount of money you spend on it. This is also why I hate the move to SaaS, the idea that you can never “own” anything and have to keep paying until you die if you want to use a piece of software. Now I’m off topic.

Anyway, not all mobile games are bad; I had a lot of fun with the original Angry Birds. Facebook games suck because they are on Facebook, but there are plenty of fun browser based titles out there. I’d argue that most gamers are not against F2P for fear of letting those dreaded womenfolk into the action (they save that hatred for Sims player) or any of the other points Cousins makes. It’s more about the constant reaching for the wallet and how said reaching affects game design and makes it all less fun.